Develop A Plan to Help with Weight Loss | Use Organic Oolong , Honey and Other Food Tricks

#My #Story About How I #Killed Obetia P.

(PHOTOS AND LINKS IN THIS POST CONTAIN ADS)I am not a doctor, health practitioner or weight loss instructor, however I am a person who recently lost 58 lbs (since May of 2014) and plan to #KeepTheWeightOff for the rest of my life because I feel so much better now!

The first time I saw the words #morbidly #obese was at the ob/gyn office back in the late 1990's.  I had to get one of my files from the doctor's office and happened to glance at the doctor's personal notes on my chart.  I was insulted.
Seriously, I felt like she was lying and being over the top because it was something about me that she did not like so I entered through a door called #DENIAL.  I was being very silly because she was trying to #save my #life.  Over the years, I got bigger until one year I tipped the scales at a whopping 107 pounds above the normal weight for my body frame and height!  I HAD ANOTHER, VERY UNATTRACTIVE WOMAN RIDING ON MY BACK 24 HOURS A DAY / 7 DAYS A WEEK!  I needed four kidneys, four lungs, 2 hearts, 4 legs, 4 arms, 2 brains, 2 nervous systems, etc. and I ONLY HAD HALF OF WHAT I NEEDED TO SUPPORT BOTH OF US.  I called her Obetia Phaat aka Obetia P. and she had to die because if she didn't, she'd kill me!
Obetia wrapped her arms around my neck all day everyday and it felt like she was choking the life out of me.  All she cared about was herself and how much I could feed her.  My back ache, and so did my knees.  I could actually hear my heart beating at night as she attempted to steal all of its power until there was none left for poor l'il me.  It's easier for me to make a list of other side effects, I am a list-maker you know, so here goes.  Obetia did a lot of evil things to include:

Develop a Plan of Attack Against Obesity

I had to trick Obetia into helping me kill her so it was a multi-level attack!  One diet, one trick, one food plan, just would not do!  She had attacked me on multiple levels so I was determined to get her back the same way.  I had to deal with the losses I would experience like the high that comes with a "full-satiated' feeling, emotions that are satisfied with eating, the loss of craft-time used when cooking -- all of that (I am now a mug, tea and honey collector).  Certain things that I loved to do like bake cakes in my new bakeware had to be replaced with other things, like making elaborate tea concoctions that were full of green tea #medicine, but are low fat / low carb.  Are you ready?  Load your weapons, and let's kill the Obetians!
(AD)

What is fatty liver and how is it created? How do artificial sweeteners or other processed foods turn into fat in your liver? Which foods does the liver consider a poison and store into fat?  Actually, too much of anything can make fat, but we have to understand how the liver processes fat. I had to change my focus from the stomach to the liver because stomachs don't make fat, but livers do.    I started to educate myself, but I TAILORED the program to me (under a doctor's guidance) and as long as I was consistently losing weight and was healthy, I was okay with it.

Sometimes I would lose weight overnight just eating a steak and tomatoes the night before.
(AD)

I am including two books here, which are available on #Amazon because you have to read more than ONE and compare -- use your own mind, know your own body and decide, with a doctor, which route is the best route for you to take.  All I can tell you is that beef was NOT cut out of my diet, even though I learned a lot from other books that did not recommend it. 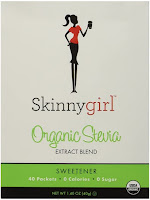 Calories do count, however

it is counterproductive to count calories and not carbs, because carbs will make you so hungry that you will most likely blow your new lifestyle change.  Humans are not hard-wired to ascribe to torment and that is what #hunger is designed to feel like.  High Processed Carbs = High Hunger.  Make sure your carbs count and that they are accompanied with protein, not sugar and yeast!

should not be bitter.  Protein shakes were a lifesaver and are quite good with frozen blueberries!  There are loads of great sweeteners that are natural and NOT unhealthy.  Diabetics should check with their physicians because #stevia, which has been a life-safer for me (literally) can lower blood sugar, but remember:  all stevia is not created equal!

I replaced my man with HCG -- that's how much I love the stuff!  Before taking any drug, hormone, etc., talk to your physician and determine if side effects are worse than the long-term implications of Obetia P. and her friends pounding you into the ground!
Also, I will be VERY honest with you.  I found it hard to keep my calories below 700 calories a day under a doctor's care, using HCG.  I still lost weight.  I used the #sublingual version, which you place under the tongue and I found that a quick dose before bedtime works wonders and for some reason I lost the most weight on Thursdays -- go figure????!!!
I used the real thing that is only available from a doctor, but there are a lot of imitations that claim to have the same benefits and that people swear by. HCG is just a chemical you know.

Also, at the end of the first round of HCG, I was getting quite hungry so my doctor put me on a round of 37.5 mg phentermine.  I started out taking 1 pill a day and dwindled to  1/2 a pill every two days and felt better. Keep in mind, if you are twice your size, your body will hunger for the calories to keep that weight up! 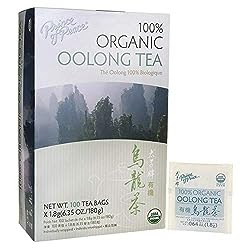 I know everything about everything that there is to know about green tea and I learned most of it from #Youtube.  I made it a point NEVER to purchase green tea unless the writing was in some Asian language that I could not understand -- I have since relaxed that requirement.
I will admit, green tea smelled a bit like sewer water, but a little cinnamon and #Skinnygirl works absolute wonders, and I definitely ascribe some of my weight loss to this tea -- it also did not increase my desire to urinate -- THE GOOD STUFF HEALS THAT!  Now Oolong is suppose to be some of the best tea for weight loss and it is actually green tea, which is slightly fermented, but not to the point that it is considered to be black tea.  I drink it cold, I drink it hot, I'm drinking it now, I drink it a lot!  That rhymed -- LOL! You can mix it hot with a tablespoon of honey for an evening medicine snack and if you are a recovering sweetaholic like I was, add some stevia to that and it will be purrrrrfect! I personally recommend the Prince of Peace brand and I'm not talking Jesus here.

Alright you guys.  To all of the addicted, who dream about food buffets or eat McDonald's for breakfast in the car,  I got you. I'm with you. We can do this. Stay positive.(AD)  And that woman named Obetia P. is in hospice with no nurses or loved ones!

She WILL NOT live!

You Have Something to Watch All the Time [ad]

Read Your Favorite Blogs with the Fire Tablet [ad] 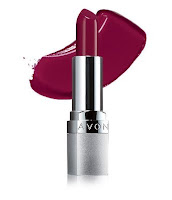 Discover some of the best lip colors on the market. (AD) (PHOTOS AND LINKS IN THIS POST CONTAIN ADS) I always try to bring you the best there is in the shopping sphere and when I found out about this, I just had to let you know! (For residents within the US contiguous states.) Yes, Avon  Can be Ordered Online and Shipped Direct to You! Many of us love Avon products from the deodorants to makeup tools and fragrances, but finding and keeping up with a rep can be a daunting task. No worries! 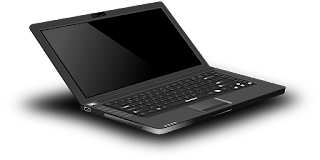 Learn About Gaming PC Storage as Well as Options for Work, School and Personal Use (2 TB+ of Storage Space)

Technology is Becoming More Vast, But We're Here to Help You Keep Up! There is so much to track on your computer desktops and laptops, and it makes sense to keep everything backed up.  It's hard to believe that something we live and work by just became available to the public in the 1990s, namely the internet. I always talk about how confusing technology can be when we are deciding on which televisions to buy, whether to cut the cable cord  (AD) , and how to store our information. Cloud storage is an option, however many do not trust this because someone you don't know is responsible for your precious data, books, photos, music, etc.